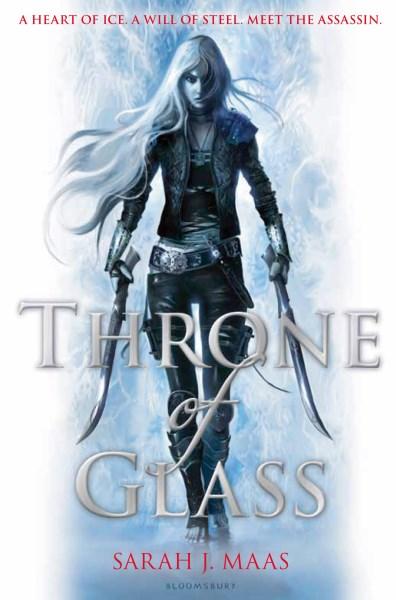 Celaena Sardothien is pulled from her imprisonment in the bleak salt mines of Endovier to enter a competition. She is offered a deal, represent the Prince (the son of a man she despises) in a to the death tournament, with the prize becoming the King’s Champion, if she wins she gains freedom if she doesn’t… death or the mines it’s all the same really. Celaena isn’t just anyone though, before she was sentenced to life in the mines, she was an assassin, the best of the best. There is more going on than just this competition though, once she steps into the palace walls she is drawn into a deadly game of politics. She will make friends, find enemies and start to understand her destiny.

Celaena draws you in, her past is murky, her drive not so much. She is strong, determined and far from perfect. She is what I like in a central character, layered. The world Maas has drawn for us is comes to life off the page. The central action is all that you’d expect, filled with hidden agendas and dirty fighting. The friendships Celaena developed tentatively bring a lovely dimension to the story. Thoroughly enjoyed this book and am keen to read the rest of the series.