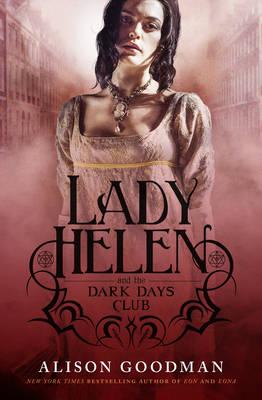 The year is 1812 and Lady Helen Wrexhall is preparing for her debut, such an important and changing event in the life of young women in Regency London. Helen’s debut is tainted by the demise of her parents, by her mother’s apparent treason and subsequent death. Despite being told to keep as much distance between herself and her past there is something going on that Helen finds she just cannot let go of. Then there is Lord Carlston, who is reentering society after some scandal of his own. He is a man of many secrets, some of them directly related to Helen, her past and possible future. Helen is supposed to be a lady but a lady doesn’t get herself involved in a hidden world of missing servants and demonic conspiracies, surely.

Goodman has woven a tale that transports us into Regency London with all it’s intricacies and foibles. Helen is a young woman on the cusp of rest of her life, how is that a thing when you aren’t sure who you are? That is the crux of Helen’s dilemma, the known and expected verses the unknown but possibilities. Goodman’s attention to detail transports the reader to the drawing rooms, ballrooms, and habits of the wealthy as well as plunging you into the dank, crudeness of the lower classes.

A thoroughly entertaining read that delves into dark fantasy in the midst of structured culture.

Sputnik’s Guide to Life on Earth