Prisoner of the Black Hawk 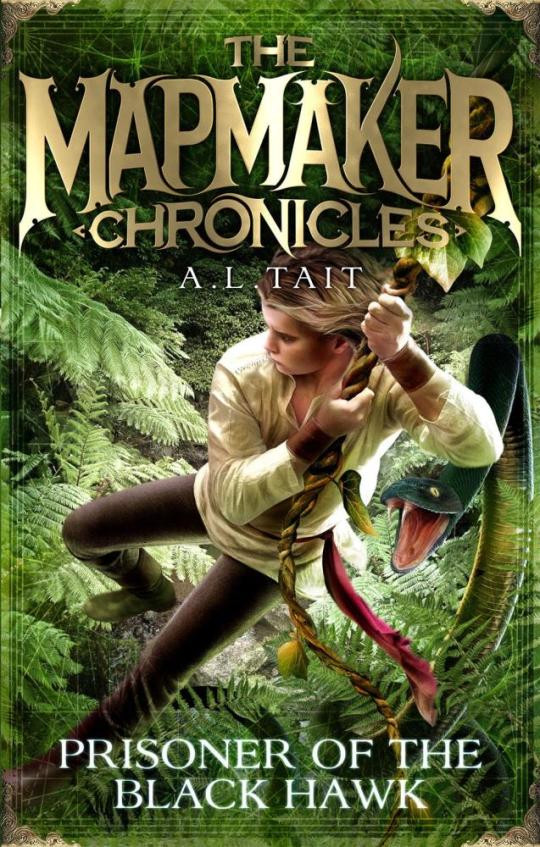 By: AL Tait
Book 2 of The Mapmaker Chronicles
Quinn is making the most of being part of the quest to map the world. He takes pride in his work and is enjoying time with friends and learning so many new things. It isn’t all fun and games though, they have had run-ins with their competitors and the fact it is a race is never far from mind. When Quinn is betrayed by someone close to him, things take a terrifying turn and he finds himself trapped on an enemy’s boat. He has to find a way to survive, can he do this without compromising his loyalty to his team? Can he stay strong enough so that when the time comes he can make his escape, if that is even an option.
The world in this story continues to expand as the characters explore new places and each is pushed to think a little outside what they are familiar with. Quinn tries to do what is asked of him, but his doubts linger. Even so, when his lack of trust in someone proves to be valid, it is a tough pill to swallow, especially when it puts him in so much danger. Quinn though has proven his ability to think quickly and now more so than ever he needs to keep a clear mind. Throughout the adventure theme a strong theme of loyalty is woven. Ash is a stubborn girl who does all she can for her friend and to fit in even though her secret coming out makes it harder she pushes on. Zain, the captain/slave is a great central adult character because he has had it tough, he knows how to survive and by simply being he is a good role model for the children in the story. The lessons he teaches directly and indirectly are foundational for fictional characters and good for readers to have laid out before them.
It will be interesting to see where Tait continues to take these characters.
Publisher: Hachette Children’s Books
Published: 31st March 2015
Format: Paperback 241 pgs
Key Words: Adventure, Courage, Intrigue, Survival, Loyalty
ISBN: 9780734415790

Race to the End of the World