I received this from the publisher 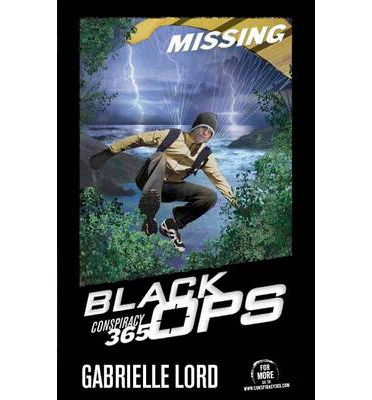 Cal’s brother Ryan is missing, not only that but Cal receives a cryptic message that says ’90 days’. Cal has no idea what it means, even with Boges and Winter to help they don’t understand it. Then Cal finds himself asked to work undercover on an island getaway that is on the surface, a retreat for troubled teenagers. Cal agrees because that is where Ryan has gone. Things are very much not how they appear on the island. The more the brother’s uncover the more this is clear; secret hideouts, underground training camps and some very dangerous fauna and flora. This mission is turning out to be much more than finding a couple of runaway teens.

Fast paced action is what you get with this series, like the ones before it. Cal and Ryan are smart, gifted survivors. They are able to think on the run, act quickly and react appropriately, everything an action character needs, also they have some fun gadgets. This story lays out the groundwork for what is to come, the training of teens for specialist and covert work, but what exactly that work is isn’t yet clear. This is an action story and as such doesn’t have a lot of depth but then that’s not what you are really looking for when you read something like this. A fun way to pass some time and I’d like to know where the story is going.

On the Trail of the Golden Toucan