This book was sent to me by the publisher 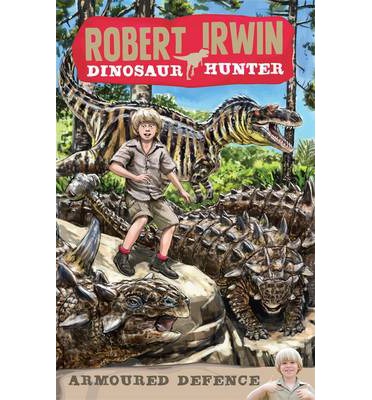 Robert is on a holiday with his best mate Riley. They are visiting Riley’s Uncle Nate in the Canadian Badlands. For Robert this is an awesome place for a holiday because it’s a place where loads of dinosaur fossils have been found. Robert is thrilled when he gets pulled back in time once more and to make it even better this time Riley has come back with him. Riley doesn’t have Robert’s fascination for dinosaurs though but even he has to admit they are pretty cool when you come face to face with them, not to mention more than a touch scary.

I think this series is going strong. Robert has an infectious nature and the fact he is an actual person probably adds some appeal. Riley is a great counter to Robert, he’s into dirt bike racing and other not so geeky things. The boys have fun and that fun helps keep the action moving. Worth looking at especially if you want something about dinosaurs as these books contain plenty of facts.