This book was sent to me by the publisher. 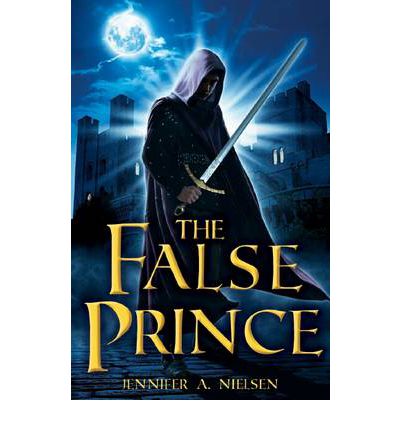 By: Jennifer A. Nielsen

Sage is an orphan, one who causes trouble and takes risks. He is one of four boys who get kidnapped. Four boys who look remarkably similar. There is something devious, even dangerous, going on, failure will result in death. The boys embark on an intense round of training, the end result of it being that one of them will be chosen to impersonate the kingdom’s missing prince. This is a perilous time for not only the boys but also the kingdom.

This was a riveting read. Sage is an appealing and cheeky character. He is a troublemaker who refuses to give himself over to the will of the man behind this risky charade. The characters are well written, each very different and they fit well together.  The story is engaging, Sage is a character you can grow attached to, he has a particular code and he sticks to it. He has a strength the other’s don’t and a depth that shines through. The story is very much about the characters, particularly Sage, his choices and reasons, however they fit into a world that feels very real. In future stories I am hoping Neilsen will expand on the world.

Well worth a look. (Recommended for ages 10+)