Welcome to the Shine Light blog tour. At each stop we’ll be revealing something new about the characters in Shine Light. What makes them tick? Do they have any secrets? Read on to find out . . .

Joel/Clash is the catalyst for Retra/Naif’s journey. At the beginning of the series she worships him without question or criticism. He’s all the things she’s frightened to be; extraverted, bold and uncompromising. He’s also her only friend in the world.

However, it’s not until Naif finally reconnects with him on Grave that she begins to get to know her brother as a real person – not a construct of her rose-coloured memory. Though not always liking what she sees, Naif cannot help but continue to admire him. Like Suki, he is a warrior who is personally motivated by a deep-rooted belief in individual freedom.

The only insight we get into Joel/Clash’s personality, other than Naif’s point of view, is through his relationships with Dark Eve and Charlonge. There is also no doubt he is revered by the Young Ones on Ixion as being handsome and brave, and in the time he’s spent on the island he’s developed into a strong, decisive fighter. But Charlonge thinks Dark Eve has corrupted his more reasonable side. She is right!

Joel/Clash loves Charlonge but his admiration for Dark Eve is profound. He’s never met anyone as committed to the idea of personal freedom as Eve is and it’s a bond that ties them together.  Though he doesn’t love her in the way he loves Charlonge, she is a powerful influence upon him. At this stage in his life Joel/Clash gives priority to his principles and beliefs above his personal relationships. He is not ready for Charlonge emotionally; he is too caught up in the fight.

He does learn though, that his little sister is more than merely a sibling to be protected. It’s the first step in his journey of self-discovery. And the struggle for his affections between Eve and Charlonge continues on for a long while after the SHINE LIGHT is finished. 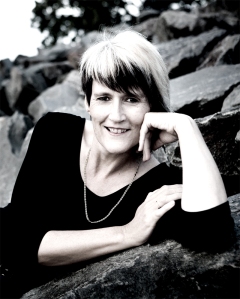 Break each code at the end of every blog post on the tour and your name will go in the draw to win a**super mystery prize** basket. Email your answers to marianne@mariannedepierres.com.

Ready for your next fix? Meet Dark Eve at http://paranormal-angel.blogspot.com.au/

Did you miss the feature on Liam? See http://treasuredtalesforyoungadults.wordpress.com/

And now… Your extract.

‘Yes. I searched in all the churches when I arrived but they had only stories like the ones I’d read at home. I thought, perhaps, that I’d come to Ixion for no reason. Then one day Brand came to Vank and locked herself in the gallery. She visited several more times, many days apart, always locking the door. When she left the first time, I scoured every nook of the gallery until I found them. Someone, perhaps one of the monks, had hidden Ixion’s history in the walls.’

‘Maybe they thought to preserve it?’

She looked thoughtful. ‘I expect when the Ripers came they had to flee. Perhaps they couldn’t take their books with them.’

‘I could get them for you. But I have no badge,’ said Jarrold. ‘What if they want to see it?’

Ruzalia stood. ‘They’re not watching the churches as much. The split between Lenoir and Brand means they’re disorganised. If you’re careful, you’ll be able to avoid them.’

‘Liam and I will fi nd Clash and Eve,’ said Naif, ‘to see if they know about the uther queen. You can bring the books to us there.’

‘They will be heavy. I doubt we can carry them far alone.’

‘The Grotto is close to Vank. Let’s meet there. We’ll bring help.’

Ruzalia spoke next. ‘And I will travel to Port of Patience to visit my merchant. We have much to talk about, he and I. When I return we must act, one way or another.’

The coldness in her voice made Naif flinch. She did not envy the merchant. The trip to Port of Patience would take a full day and night, which meant Ruzalia would be gone for two days at least. Naif hoped that would be enough time to fi nd out what they needed.

The pirate added, ‘I’ll set you down on the Lesser Paths near Vank. There is less chance the Ripers will see the ship there.’

Naif, Markes and Charlonge nodded. They all knew the area she meant.

‘Are you ready?’ asked the pirate.

Silent nods were the reply.

What happens next? Visit  http://paranormal-angel.blogspot.com.au/  to find out!