Okay the thing is I am a fan girl, actors/authors/characters, and I love it. I am totally unashamed of this part of my personality. A great thing about being me is I know plenty of others who indulge in geekdom and fandom as well. I was not alone this weekend, in fact SuperNova Perth had it’s biggest weekend there ever. It was huge and so much fun.

Why am I posting this you may wonder? Well because the sci-fi/fantasy fans are the best. We are avid and passionate. For many of us it starts at a young age, books/comics we love it and we devour it.

This weekend I saw cartoon characters, movie characters, comic book characters, tv show characters, game characters and book characters. Now is the time I will point out that a great many of these characters come from written word formats in one way or another. If you have kids who are avid readers and you want something to challenge them but will not have inappropriate themes, then often fantasy is a good place to go (not George RR Martin though). If you have reluctant readers give them a comic book. Reading is reading, and that is a good thing, and conventions are a great place to realise just how great it can be to escape for just a little while.

I have friends who dressed up as manga characters (they cosplay regularly). They were a huge hit over the weekend and spent much time being photographed by complete strangers. [Manga is something that can be read not just watched – for those of you out of the loop.]

A convention is also a great place to meet authors and get your favourite book/s signed and even find some new authors to try. 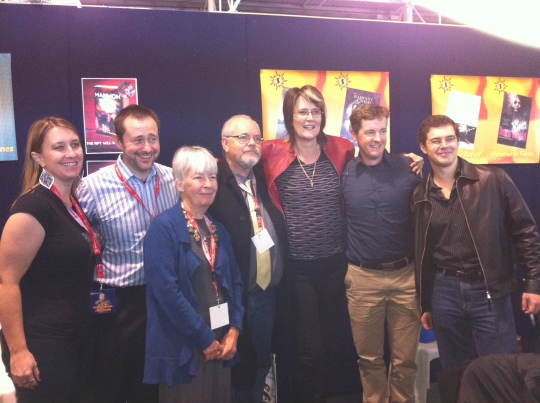 Or see illustrators/artists in action.

The wonderful Marc McBride painting up a storm

One of my highlights was meeting Noah Hathaway who played Atreyu in the film version of one of my fave books as a kid The NeverEnding Story. 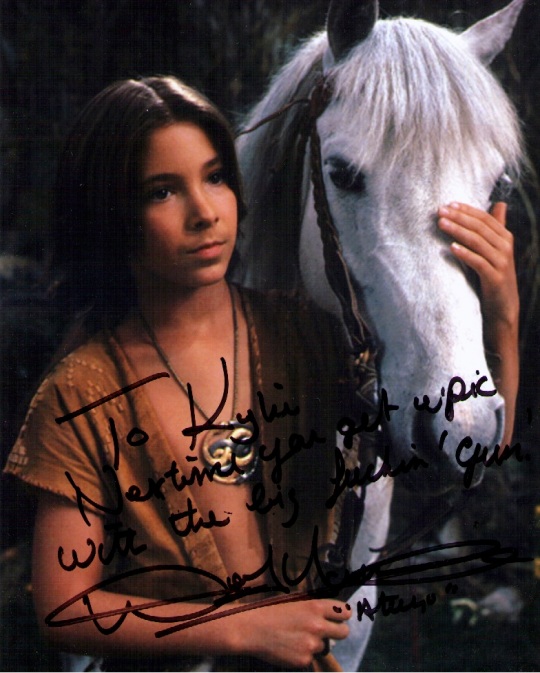 My signed pic…I totally geeked out over this.

We who are prepared to geek out salute you!!!