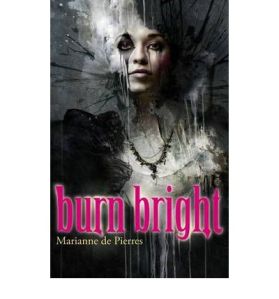 Retra is a Seal – that is she is from the sealed community, a community cut off from those outside it. She is marked as an outcast, a behaviour strip to control some of her actions has been attached to her body. Despite the pain of her actions she is determined to escape. Unlike her brother, Joel, she doesn’t really want to go to Ixion, she has no real desire to party and seek pleasure like the rest of those who choose to go. Ruzalia, is a priate who raids the boats, pulling certain people off them, no-one seems to know why, so getting to Ixion is the first challenge.

For Retra to survive on Ixion she has to put aside all she has ever learnt and find a way to blend in. She needs to start having fun. If she can’t do this she will be withdrawn early and no-one can say exactly what that means. Except perhaps the Ripers, who are the Guardians of Ixion but are they really looking out for everyone or is something much darker going on. Retra doesn’t want to get caught up in the machinations going on under the pretty surface, she just wants to find Joel, if he is still alive. The problem is the dark secrets she stumbles upon mean Retra has some decisions to make. Even if she wanted to stay uninvolved she can’t, she knows too much.

This is an intricately and darkly woven dance. The layers are well blended, the story compelling. You move silently with Retra as she discovers herself, her strength, and the secrets most seem unwilling to uncover. As she grows from Retra to Naife you know you you have to keep reading to find out what happens next. Retra is accompanied by an eclectic mix of characters that blend well to create the diverse micro-culture that is Ixion.

Yes, is the easy answer. I really liked the way the surface and underlying worlds of Ixion played against each other. It’s dark in it’s tone rather than relying on paranormal creatures to make it that way. Don’t get me wrong the creatures add to the tone, they just aren’t the focus. I found the world De Pierres has created to be one that draws you in completely. You get swept up into the hedonism of the moment, the goal of the Baby Bats, even while sensing, through Retra, that things are not quite what they seem. It needs to be added though, the events that pan out don’t seem obvious which is part of the reason you stay drawn in.

The theme in this that really intrigued me is the one of how something can appear one way on the surface, or to one group of people and yet to others something entirely different is going on. This will probably be something I touch on in a later post.

So be brave baby bat and step out into the night. Tell me how it goes for you.

The Rest of the Series

This is the first and the second, Angel Arias was released in the second half of this year. I will try to keep spoilers  out or at least give you spoiler alerts in later posts.